Behind the Screen: They Be Goblins

The Licktoad Village was built using Dungeon Tiles from Mage Knight Dungeons. The trees were all handmade by my friend Ty. The statue of Lamashtu and the watering holes were a part of the Mage Knight Dungeons sets. Chief Gutwad's enormous throne was painted by my friend Doug Easterly. The barrels and supplies in the storage room were painted by Will Gustwiller. The barricade pieces and folding base were bought from War Zone Gaming Terrain. 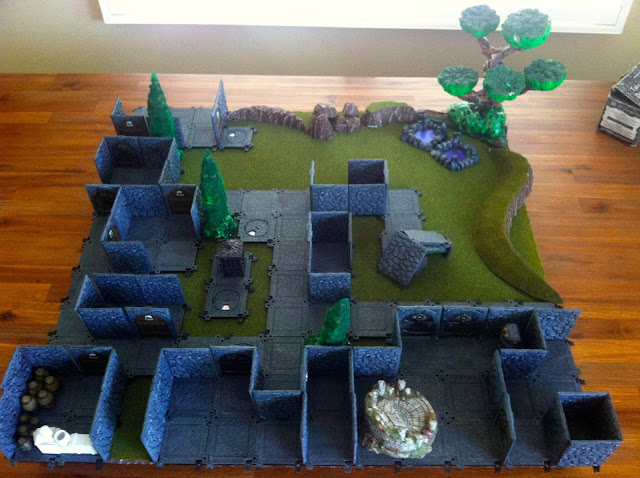 The outside walls are assumed to exist without putting up actual walls. This saves me building time/effort and allows players to better see inside. Open spaces in an established wall represent windows. The walkways between buildings have no rails. The entire village is assumed to be on 10' tall stilts, with the round-marked tiles (originally trap tiles for Mage Knight Dungeons) represent spiral staircases.